The mission of the Quincy College Athletic program is to provide our student athletes with the opportunity to enhance their overall educational experience through participation in intercollegiate or intramural athletics. It is our belief that student athletes gain worthwhile experience in teamwork and leadership, while also developing character and integrity.

The Athletic Department’s goal is that each student athlete will be dedicated to success both in the classroom and on the playing fields. Finally, student athletes will act morally and socially responsible in their role as a representative of the Quincy College community. 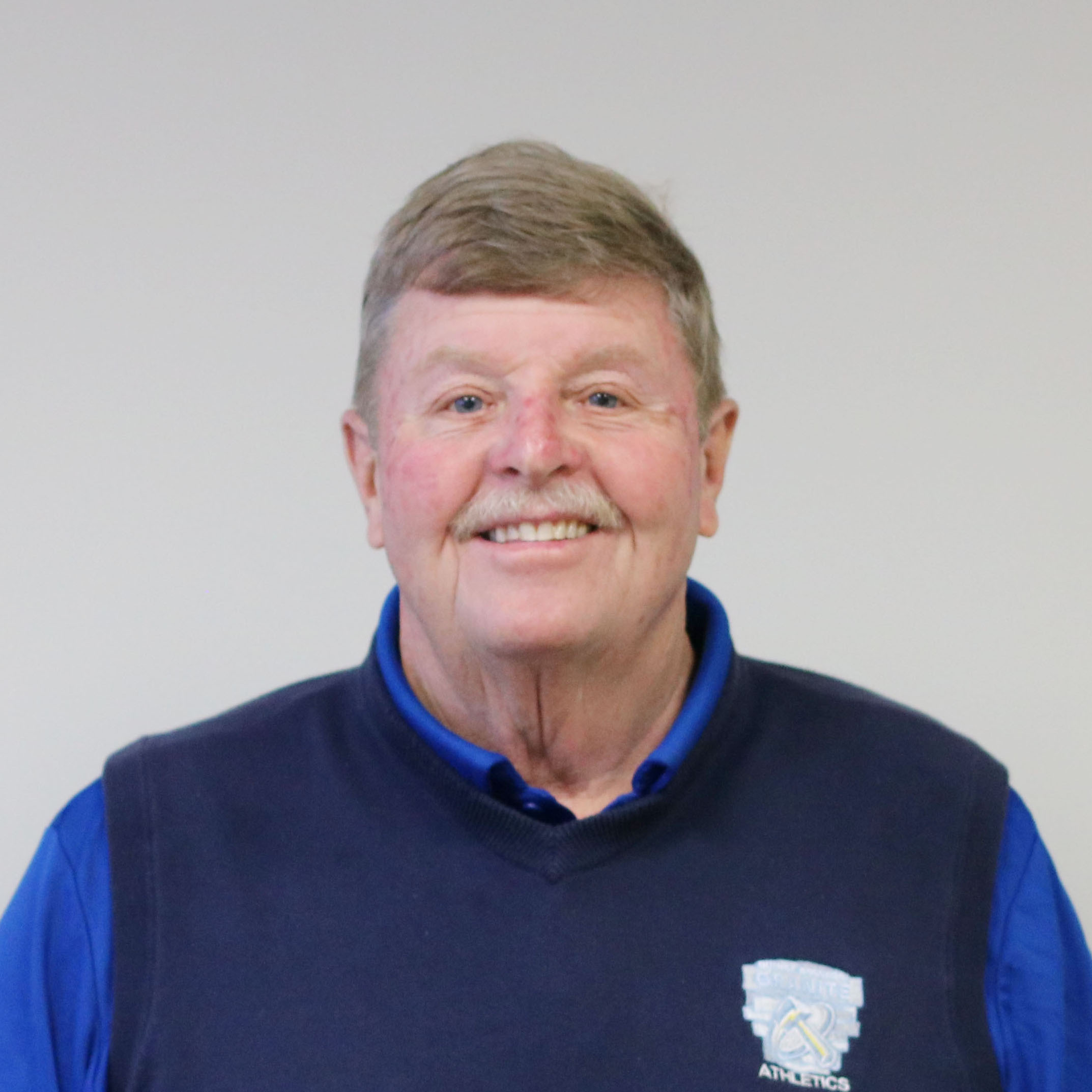 John (Jack) Raymer comes to Quincy College with over 47 years of coaching experience at both the high school and collegiate levels. He coached in the Quincy Public Schools for over 22 years and was Head Football Coach at Quincy High School from 1983 to 1992.  Jack also coached at University of Massachusetts –  Boston and Division 2 Stonehill College for 5 years as an Assistant Football Coach and Recruiting Coordinator. Rounding out his collegiate coaching experience, Jack has coached Milton High School and has been an Assistant Football Coach at Xaverian Brothers High School in Westwood, Massachusetts. 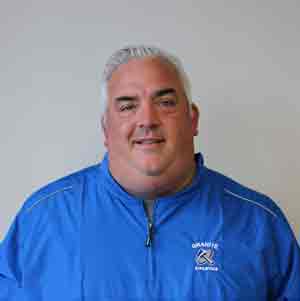 Coach Dolan comes to Quincy College with 26 years of coaching experience at the High School, Collegiate and as an associate scout for Major League Baseball. Jim started the baseball program at Lasell College in 2008. A Physical Education teacher at Weymouth High School, he then took over the Weymouth high baseball program for 6 years before moving on as the Head coach at Archbishop Williams High school in Braintree ma. He led the Bishops to 2 South Sectional Championships in 2017 – 2018, and a 2018 Division 4 State Championship. He was also awarded Boston Globe Coach of the year in 2017 and 2018. Coach Dolan is currently the General Manager of the Weymouth Shamrocks AAU program and an Associate Scout for MLB Milwaukee Brewers. He is a 1994 graduate of Bridgewater State College and holds a Master’s Degree from Concordia University in Educational Leadership. 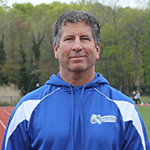 Coach Furey comes to Quincy College having coached Cross Country since 1986. He has coached at North Quincy High School, Eastern Nazarene College and most recently the Head coach for the past 18 years at Emerson College. At Emerson John’s women teams won 4 GNAC league titles, and was named Coach of the Year in “98, 09 and 2010. He has coached over100 athletes to All-Conference and All-Academic selections. John is currently the Head Coach for 18 Boston Marathon Charity teams including, Teddy’s Team, Brigham & Women’s and Boston Medical Center. He is experienced in coaching both elite and novice runners and was named one of the top 100 Marathon trainers in the country. John holds a master’s degree in exercise physiology from Bridgewater State University. 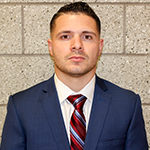 Coach Scott grew up in Quincy where he started his basketball career at Quincy high school. He was a 4 year starter, led Quincy to two Patriot League titles and is the all-time leading scorer in the city of Quincy. Doug went on to play basketball at Massasoit Community College where he continued to excel. He was named NJCAA Division 2 first team All-New England. Following his playing career, Coach Scott began coaching at the high school level as an assistant coach at Quincy High School. He also coached for several AAU programs on the South Shore. Doug stays active in the community serving as director of summer leadership camps for the BO Foundation servicing over 100 adolescents during the summer evenings. Doug and his wife Paige live in Quincy with their daughter Savannah.

Norwell native Brian Fisher has joined Quincy College as head men’s soccer coach and lead recruiter as the College prepares to field its first-ever men’s soccer team in 2022. Fisher most recently coached soccer at his alma mater, Archbishop Williams High School in Braintree. He also has been an assistant baseball coach at Quincy College and head baseball coach of the Weymouth Shamrocks of the Cranberry Baseball League. In addition to his on-field soccer experience while a student at Archbishop Williams, Fisher also played collegiately at Emerson College.

Nicole Hayward of Marshfield has joined Quincy College as head women’s soccer coach and lead recruiter as the College prepares to field its first-ever women’s soccer team in 2022. Hayward brings a track record of developing soccer athletes while also promoting academics, leadership and community service.  As a coach since 2018 in the girls’ soccer program at Marshfield High School, Hayward has led its freshman and junior varsity soccer teams to two undefeated seasons. For more than a decade, she also served as vice president of operations for Hot Shots Soccer, a Marshfield-based soccer skills and enrichment program that teaches girls about self-esteem, leadership and community.

Behind the Bench: Coach Kyle Robertson, with two decades of experience leading several regional Junior teams and whose coaching has helped more than 100 players achieve their goal of playing in NCAA programs. Robertson will be assisted by long-time North Quincy High School varsity coach Matt Gibbons. Both have outstanding player-evaluation and player-development skills as well as histories of on-ice success. 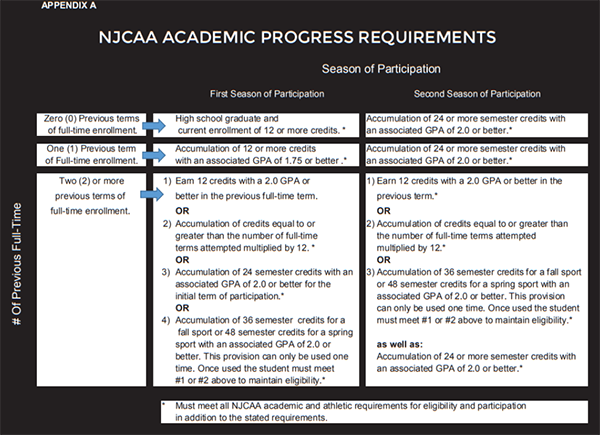 In order to participate, a student-athlete must meet entrance eligibility requirements, enrollment requirements, and accumulation requirements, or meet qualifications for limited exceptions.

Student–athletes must be making satisfactory progress within an approved college program or course as listed in the college catalog.

Classes utilized for any academic eligibility portion must be:

Full-time Enrollment is defined by the NJCAA as 12 or more credit hours.  Full-time enrollment must be established on the 15th calendar day of the beginning of the regular term as listed on the college academic calendar and maintained.  Student-Athletes must be enrolled full-time at Quincy College in order to participate in a NJCAA sport.

Visit our campuses or call anytime.

Take the Next Step